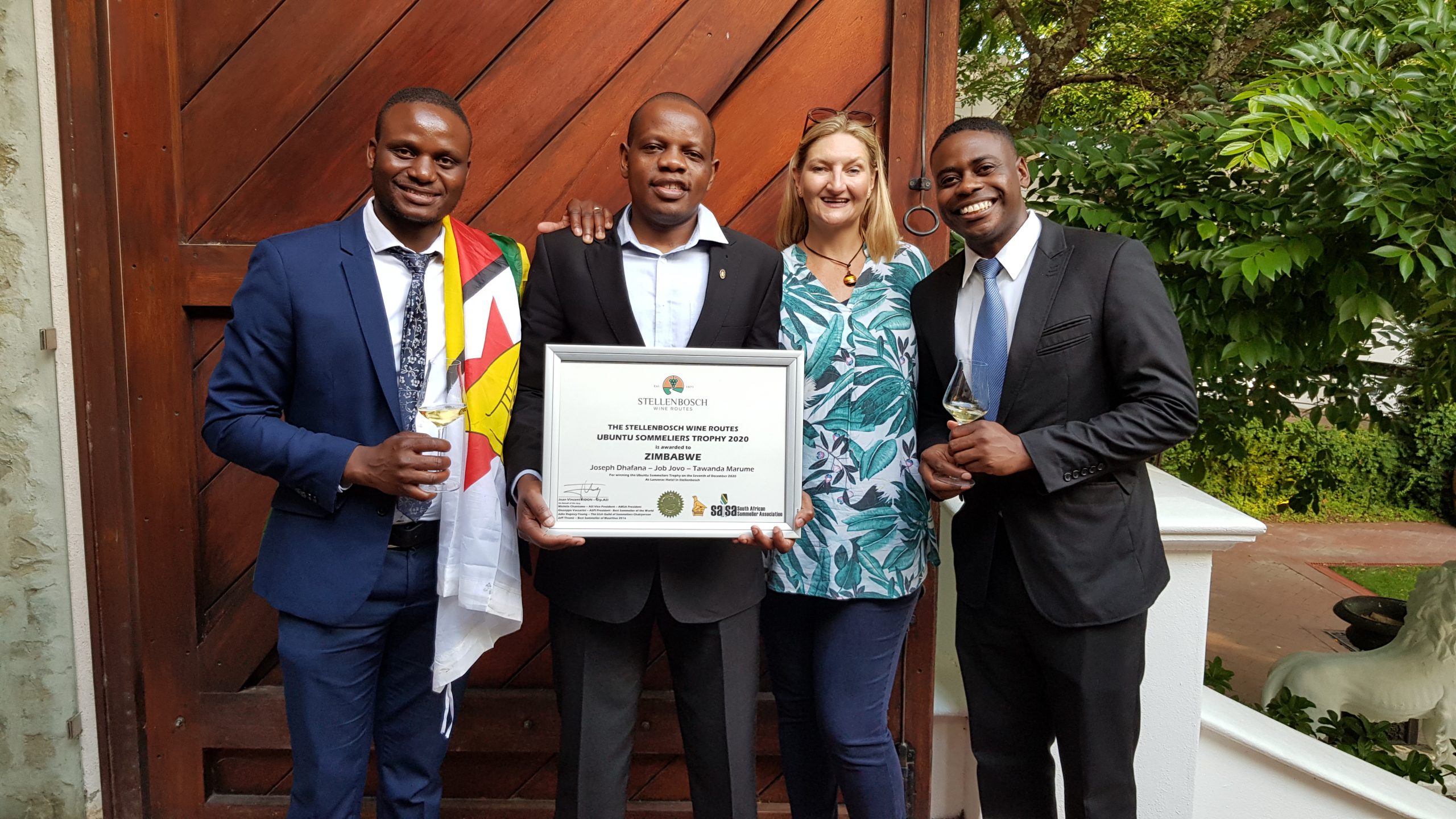 Top-notch sommelier talent from two neighboring countries met in Stellenbosch, South Africa in a terrific new derby between the two lands. The gathering, under the title of the first annual Stellenbosch Wine Route Ubuntu Sommeliers Trophy, was conceived by Jean Vincent Ridon of the South African Sommeliers Academy. In a time of limited travel, he saw it as a novel way to sharpen the skills of sommeliers from the neighboring nations while also building greater ties.

The brightest highlights from the competition:

Reached after the event, Tawanda said: “It is a great honour to win the inaugural Best Sommelier of Zimbabwe. This is a historic event and a historic year for the Sommeliers Association of Zimbabwe, a year we became an observer member of ASI. Many thanks to Jean-Vincent for the hard work organizing this contest and for the coaching!”

The event was a first in many ways. It not only provided candidates from both countries crucial high-level international competition training, but it also promoted a friendly rivalry between two countries that will benefit from pushing each other to greater heights. In addition, it proved a successful test model for a new ‘all-remote’ method for judging such competitions, no small matter with the end of the pandemic still unclear.

The event was held at Lanzerac in Stellenbosch on the 7th of December 2020, following a digital competition to identify a shortlist of candidates. Flying in international judges was impossible so it was decided to stream the contest online and have the tasks marked by experienced sommeliers from around the world. The jury included Michèle Aström Chantôme, ASI Vice President and President of the Sommeliers of Morocco; Giuseppe Vaccarini, former ASI Best Sommelier of the World and President of the ASPI, the professional sommeliers association of Italy; Julie Dupouy-Young, ASI Board Member and Chairwoman of the sommeliers guild of Ireland, as well as bronze medalist at the Best Sommelier of the World 2016, and Jeff Thomé, Best Sommelier of Mauritius 2016.

The local relay was organized by sommelier Jean Vincent Ridon as the Master of Ceremonies, Carey-Ann Brown – Chairperson of the Sommeliers Association of Zimbabwe, Spencer Fondaumiere Vice Chairman of SASA, Kim Williams and Neil Tabraham from Sommeliers Academy. Logistics were supported by SAZ volunteer sommeliers Admire Wakwa and Munashe Kwaramba. SASA also called upon Jo Wessels to be the coach of the three chosen SASA representatives. Wessels holds the title of the Best Sommelier in South Africa and is also set to represent SASA at the ASI Best Sommelier in Europe & Africa contest in November 2021.

The contest was streamed on Facebook live and sommeliers from around the world were following this unique competition on their phones or computers. Said Chantôme: “So happy to have had the opportunity of being a pioneer in an international sommelier competition in Africa. Judging this from a distance, online, was a real challenge but I think we’ve done a good job. It was a première at the international level, but it may not be the last one if Covid persists… With a few adjustments we will be ready!“