Advini’s Jean-Pierre Durand on Terroir: a touchstone for emotions and all that makes wine unique 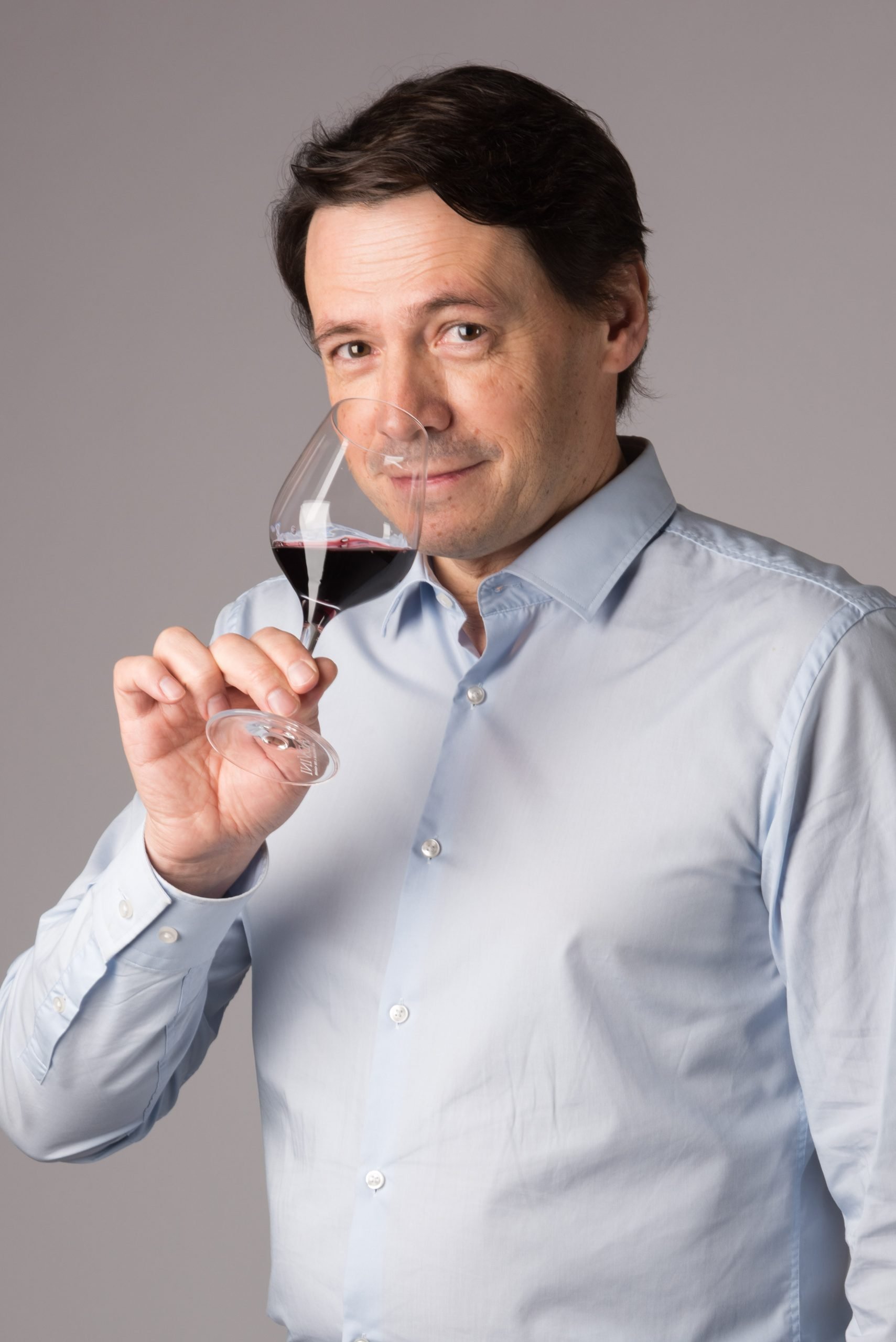 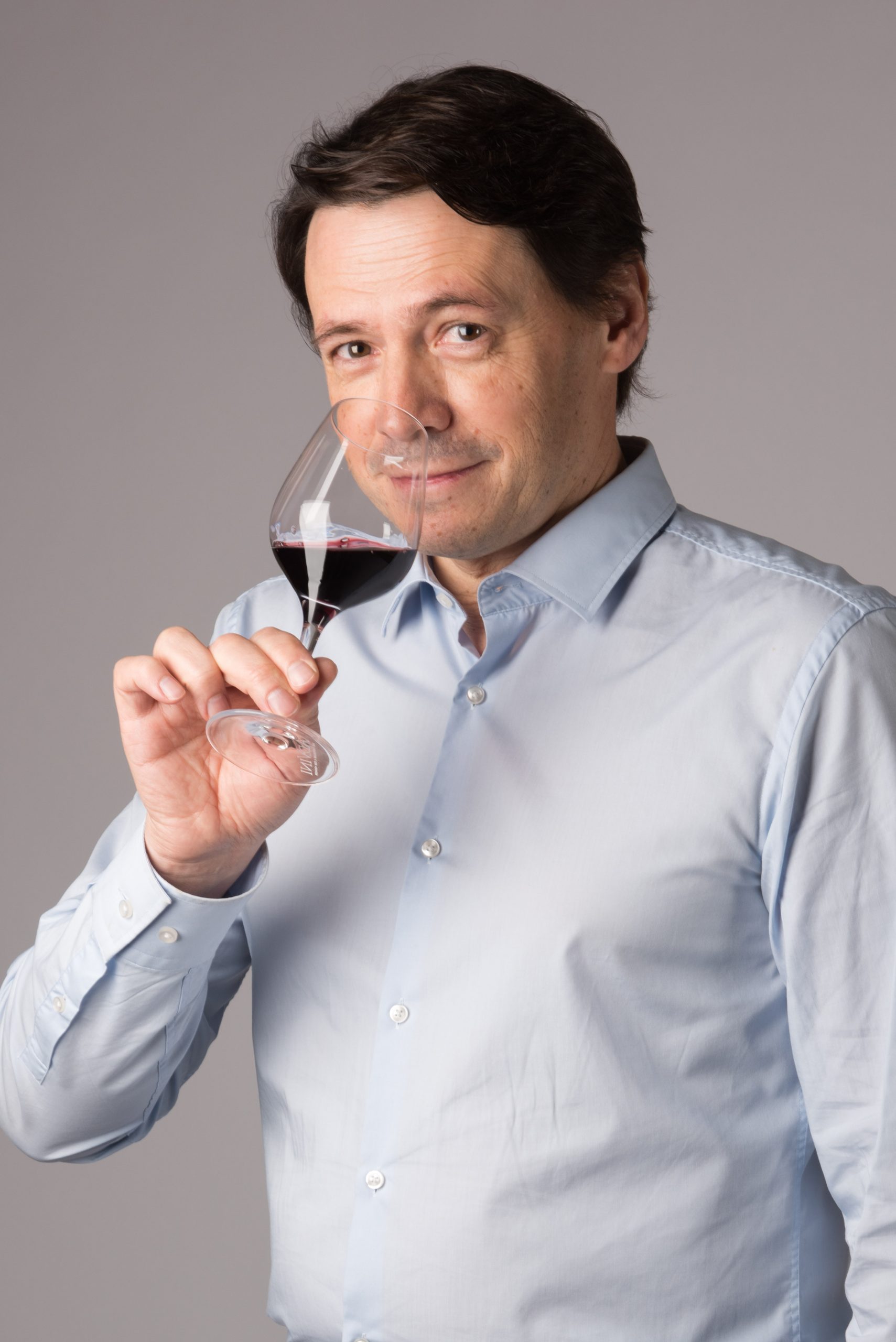 Through his 30-year career dedicated to great French terroirs, Jean-Pierre Durand, grandson of a winegrower from the Drôme Provençale region, has acquired a comprehensive experience in the wine industry. From production to sales management, his different positions have led him to promote wines, terroirs, and an appreciation of viticulture, to develop long lasting relationships with key opinion leaders (sommeliers, chefs or wine merchants) and to provide strong customer experiences, especially through wine tourism activities.

Starting his professional life in Burgundy, at Clos de Tart as well as Château de Chassagne-Montrachet, Jean-Pierre experienced the necessity to protect soils and terroirs, develop precise and environmentally friendly viticulture methods and to internationally promote these practices.

Jean-Pierre later joined AdVini as the General Manager of Ogier in 2006. There he led the acquisition of a former “Prieuré” estate where the fine wines of Clos de l’Oratoire des Papes are still resting peacefully.

Since July 2020, Jean-Pierre has been a member of AdVini’s Governance Board under the Presidency of Antoine Leccia. Among his duties, he oversees the Strategic Marketing and Communications Department along with the Sustainable Development Division.

As President of AdVini South West and Bordeaux region, Jean-Pierre manages several estates, such as Château Patache d’Aux and Château Liversan (Médoc and Haut Médoc) Château Capet Guillier (Saint-Emilion Grand Cru), Château Mirefleurs and Château Grand Renom (Bordeaux Supérieur). In Bordeaux, he has taken up the challenge of implementing positive steps to preserve the estates’ terroir and biodiversity. Under his leadership, Château Capet-Guillet has now begun the conversion to biodynamic farming methods, with some vines recently planted following the principles of permaculture.

Advini is considered to be a French leader in terroir wines. What does terroir mean to you?

Strictly speaking, terroir refers to a geographically limited area traditionally composed of 3 elements: a plant, its soil and sub-soil and its climate. In France and Europe, the Appellation d’Origine Protégée system is an example of how terroir and origin can be recognised. Terroir is also a touchstone for emotions and all that makes a wine unique.

Humans are the 4th essential element. Men and women who work in vineyards are conductors. Thanks to a precise and long-lasting observation of nature, they are the ones who reveal what terroir is by collectively developing applied viti-vinicultural practices, passing them on to future generations (At Domaine Laroche in Chablis wines are still aged at the former Obédiencerie established by monks in the 9th century!) and adapting them to new challenges.

Terroir is not a frozen concept. While rooted in long-standing traditions, it also keeps evolving. Climate change has been challenging us for decades, for instance. We are also looking at viticulture in a healthier way. All this has a tremendous impact on how we deal with terroir today.

How do you effectively communicate the concept of terroir to your consumers when your vineyards cover most of France and South Africa?

At Advini, we are lucky indeed to cover numerous different terroirs, from South Africa in the Stellenbosch region (Ken Forrester, L’Avenir, Le Bonheur…) to France. We are deeply rooted in Burgundy with Domaine Laroche (Chablis) and Maison Champy (Côte de Beaune), in the Rhône Valley with Ogier and Clos de l’Oratoire des Papes and in Bordeaux thanks to wine estates such as Château Capet-Guillier (Saint-Emilion Grand Cru) or Château Patache d’Aux (Médoc). Around the Mediterranean Sea, we have been exploring Languedoc terroirs for almost 150 years with Vignobles Jeanjean, while Cazes and Château Gassier have become over the year icons, on the one hand of the Roussillon region and on the other hand of Provence.

What a wonderful playground we find in the Chablis terroirs for Grégory Viennois! Made from one single grape variety, wines from Domaine Laroche are, even after a 30-year career in the wine industry, surprisingly so different. Domaine Laroche offers 20 different Chablis, from Chablis Saint Martin to Grands Crus. Grégory goes around the world leading tastings both with professionals and amateurs.

In Châteauneuf-du-Pape, Edouard Guérin observes the same phenomenon. Grenache planted on rounded pebbles brings warmth and roundness, while those on safre soils give leaner wines. A dedicated range, Collection of Terroirs, is offered to customers.

AdVini is a collection of expertise where our wine houses enjoy great autonomy, both on the production side and in the way they bring this knowledge to market. Our mainspring at AdVini is to reveal this diversity and to share this terroir richness with our clients.

What sort of sustainable practices do you feel best supports the idea of terroir?

AdVini has always been committed to sustainable development. We lead a holistic approach based on two pillars. On the one hand we act to preserve our vineyards and on the other hand we aim to constantly ennoble them.

Since 2002, we have forbidden the use of CRM chemicals in our viticulture and laid the path for our partners around French vineyards. At whichever pace each local climate allowed, we implemented sustainable and organic farming, biodynamics and even permaculture.

Domaine Cazes in Roussillon is actually the largest biodynamic estate in France with 240 ha.

70% of our French vineyard is now organic certified or in conversion while 100% of our South African vineyard is IPW certified. Also, 16% of our vineyards have been biodynamic certified for 20 years.

Our quest for a continued improvement in our wine quality and typicality have led Domaine Laroche for instance to set up massal selection so as to preserve the genetic diversity of their vines. As we consider the vinification stage as part of terroir expression, Matthieu Carliez at Vignobles Jeanjean has been working for 10 years with indigenous yeasts.

One last significant initiative to mention is our engagement into a comprehensive environmentally friendly approach at Château Capet Guillier (Saint-Emilion Grand Cru). We have indeed launched a permaculture project in a recently planted parcel. A parcel which hopefully will lead us towards a new way of approaching terroir and viticulture.

It has been said that New World wines lack terroir. You have vineyards in both the Old World (France) and New World (South Africa). What do you say?

I do not agree with that common saying especially when it comes to South Africa. The South African vineyard may be considered as young as the first that grapes were indeed harvested for wine production in 1659. However, men and women have developed specific viticulture processes, based on European knowledge of the time but also on their experience in understanding their soil and climate.

I would rather consider South Africa as the perfect example of the harmony that can exist between humans and terroir.

Some of the best expressions of Pinotage can be found at L’Avenir in the Stellenbosch region where the slopes of the Simonsberg Mountain and sea breezes altogether play important roles. L’Avenir Single Block Pinotage is today considered as the pinnacle of modern Stellenbosch Pinotage. It is made from a selection of the finest barrels produced in the L’Avenir Block 2 Pinotage vineyard which presents exclusive geological characteristics.

Chenin Blanc is another example of South African terroir mastering. From a purely French perspective, with the experience of the Loire Valley, some may have thought that this variety would not adapt well. History has proved them wrong and today talented Ken Forrester is regarded as the “Pope of Chenin Blanc”.

If you look at the location of his Chenin Blanc, on an elevation about 5 km from False Bay, getting morning and evening Atlantic breeze, we obtain the best of both worlds: freshness for crisp wines, and sun for fully ripened bunches.

How is Advini addressing the fact that in some warmer regions (such as Bordeaux), the traditional “terroir” is fighting for survival?

At AdVini we do not consider global warming a fight for survival, but rather much like a phenomenon we need to adapt to. We see two paths to adaptation:

First, you look for new locations. We acquired Château Patache d’Aux in the far North of Médoc as we bet this area will be the best for producing top Cabernet Sauvignon in this region in the coming years when South of Médoc will only produce 15% alc wines.

In Châteauneuf du Pape, we complemented our vineyards many years ago by buying new parcels in the north-oriented part of the appellation (Pignant is the best example). This part was in the past considered lower quality; today it is proving its full potential.

Second, you adapt your technique to the local conditions:

We therefore are implementing measures in our vineyards to attenuate its effect such as carbon capture and sequestration methods in our soils. We adapt processes to these new challenges by combining advances in science and technology together with common sense. For example, our Sustainable Development Department created the first Artificial Intelligence to help our winegrowers decide whether to irrigate their vines.

At Ogier, Edouard Guerin has decided to postpone the pruning of the vines to better master the vegetal cycle and therefore the harvest time.

New plants of cabernet sauvignon have been planted on gravel soils alongside the Gironde estuary and new merlot plants on clay-limestone soil. We have also introduced Cabernet Franc and Malbec on limestone soils.

These adaptations are the living example that terroir is a constantly evolving notion.

Do Piwis (Pilzwiderstandsfähig) have a place in Advini’s concept of terroir? What do you see as a sustainable future?

Piwi grape varieties may not go against the concept of terroir. Men and women have always observed nature and tried to adapt to it. Besides Pinotage, Cabernet Sauvignon in Bordeaux is another good example to illustrate humanity’s capacity to select and adapt the best plant to its environment. It was indeed created four centuries ago from a cross between Sauvignon Blanc and Cabernet Franc.

Piwis, as well as varieties from warmer areas, are being tested or have been accepted by local ODG, such as Touriga Nacional from Portugal in Bordeaux.

At AdVini we are investigating other solutions, including permaculture. Fewer chemicals, a better balance between vegetal, mineral and animal within the parcels. The future of viticulture is probably to be invented at that level.

AdVini wants to be part of it for better and healthier wines and to ensure that generations of winemakers and sommeliers will continue to build a wine culture as enjoyable as we are enjoying it ourselves.