It was in April for ASI… 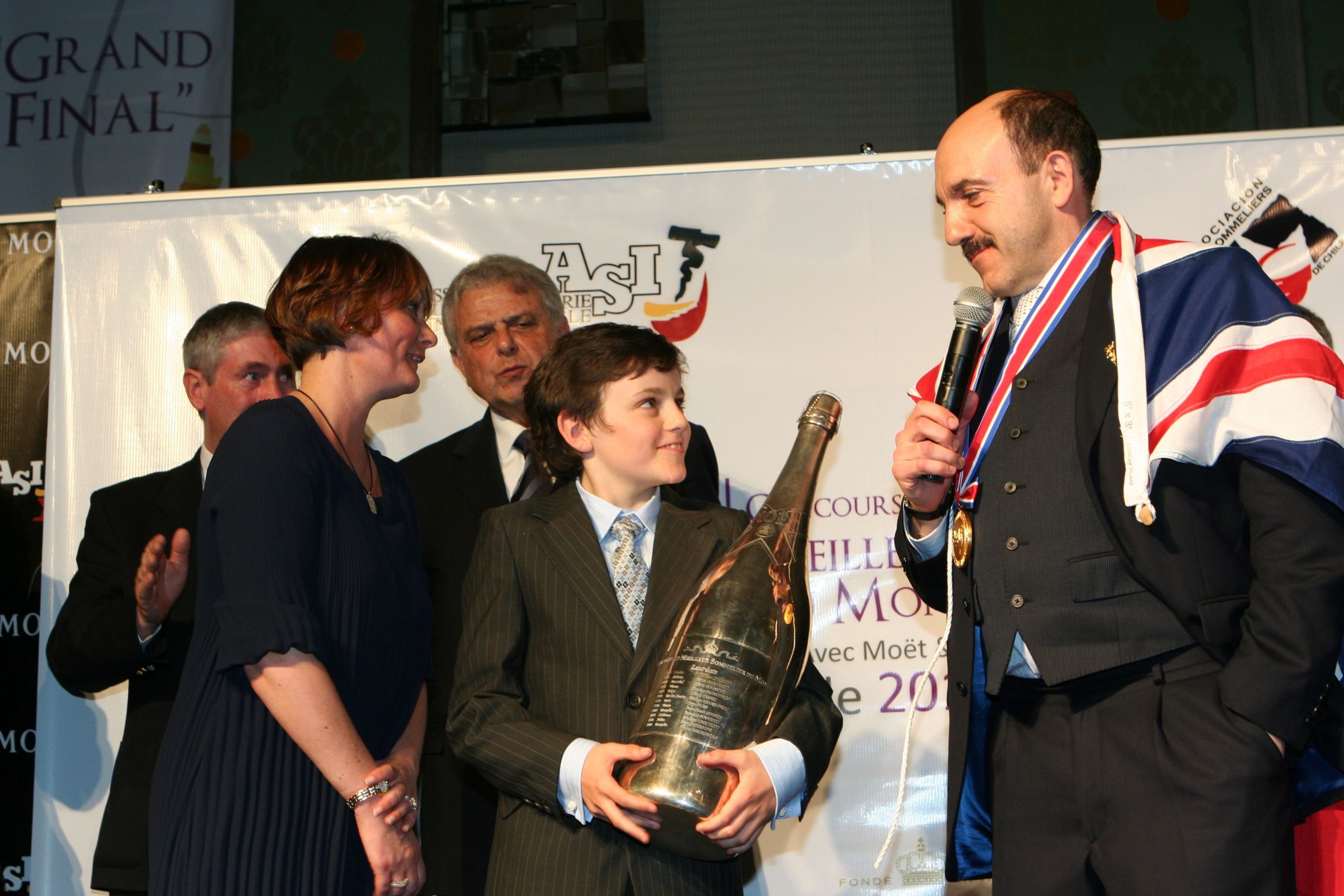 While April is a popular month for milestones in ASI’s history, one in particular deserves special mention. It was 2010, Chile and Gérard Basset had just won the ASI World’s Best Sommelier Contest. Michèle Chantôme asked Nina Basset to share her memories with us.

“That competition was such a special event. Not simply because it was where Gerard was at last (after many attempts) crowned ASI World Champion, a long-held dream which we were so delighted he achieved, but just weeks prior to the competition Chile suffered a horribly strong earthquake. With great courage and fortitude, the Chilean people overcame the trauma, dusted themselves off and carried on with their lives and the competition. It was a splendid example of a well-organized event that triumphed over tragedy.

Because Gerard was one of the favourites, there was much interest in him as a competitor… I remember during the final feeling so excited and nervous for him, watching him intently on the stage, holding Romy’s hand, all the while conscious of TV cameras trained on our anxious faces. Nerve wracking emotions, and none more so than when Kogai announced the results. The room erupted and Gerard was first incredulous and then delighted as were we all… the feelings of pride, joy and relief were intense in those moments…… a fantastic set of memories. Things became even more memorable days later when the Icelandic ash cloud led to a complete stop of all flights and we were stranded in Madrid for a week! It turned out to be a lovely extended holiday and then a two-day trip across Spain and France with other stranded friends, to eventually return exhausted but triumphant back to the UK, where the celebrations for Gerard’s win continued with gusto.”