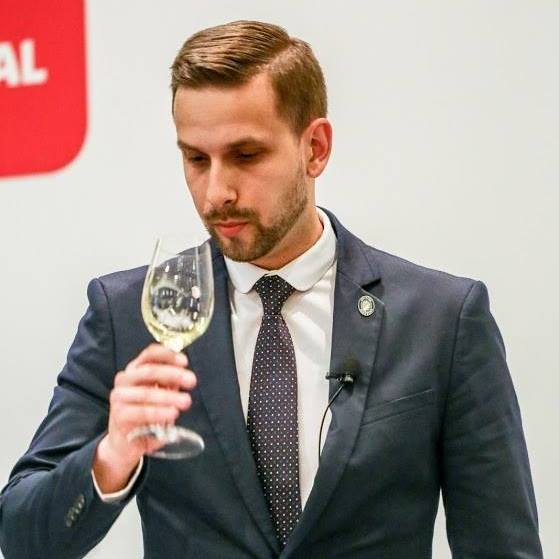 Congratulations are in order for Maciej Łyko, sommelier at Launceston Place in London and now the winner of Best Sommelier of Poland 2019. He prevailed over a field of 29 competitors, a record for the event. Joining him on the podium were Łukasz Głowacki in second place and Maciej Sokołowski in third.

The competition remained very close through its various stages, with Głowacki actually claiming several early rounds involving identification of white wines and spirits. Łyko however ultimately edged out his rivals through his superior performance in detailed wine description and in particular in simulated wine presentation performed live on stage in front of the audience.