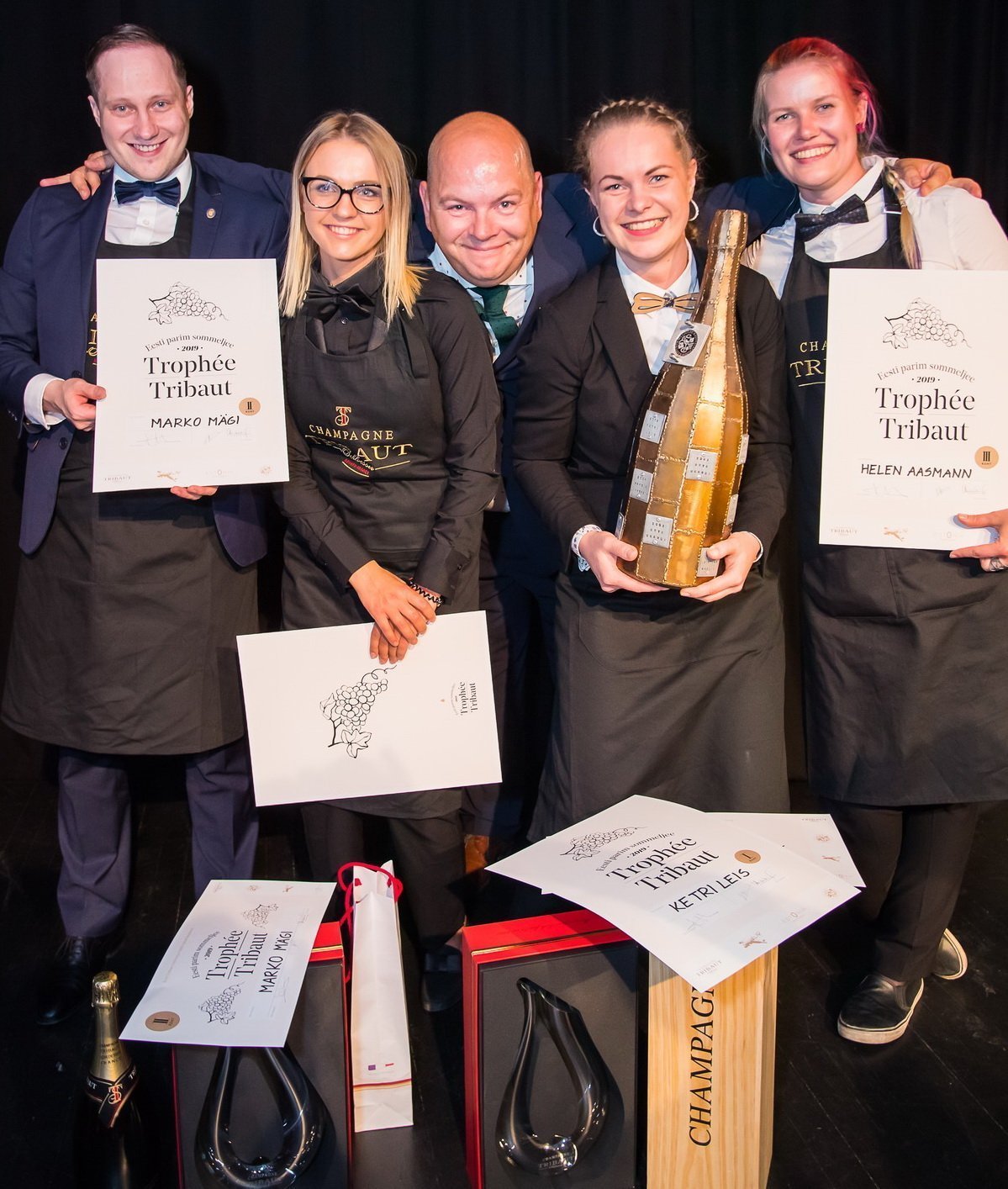 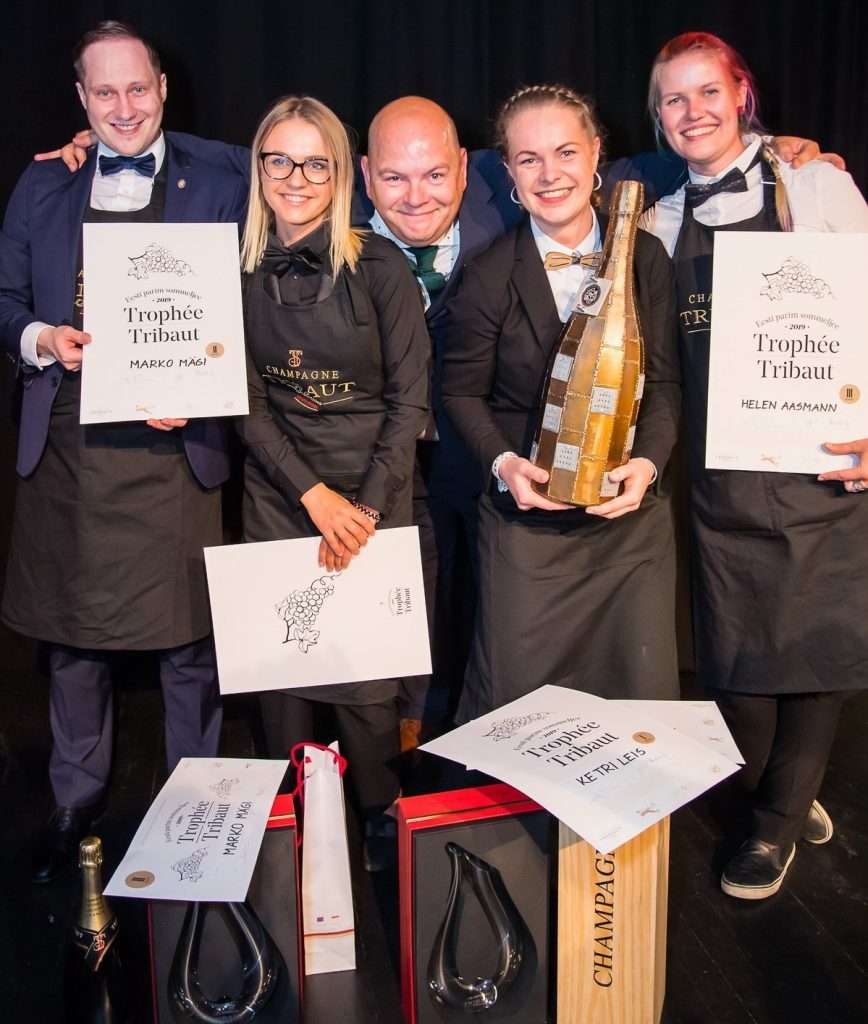 The 18th annual Trophée Tribaut-Schloesser Best Sommelier of Estonia Competition 2019 was held in the Estonia restaurant on the evening of Wednesday, 5 June. This year’s competition included eight sommeliers from Estonia and two visiting competitors, one from Latvia and one from Lithuania. Ketri Leis from Pazzo wine bar was crowned the best sommelier of Estonia for the fourth year in a row. She will now represent Estonia at the European Championships in 2020 in Cyprus. Leis will also be joined by Marko Mägi, the second-place finisher, and Helen Aasmann, who claimed third, in a wine trip to the Tribaut-Schloesser Champagne House.

The competition tested the theoretical knowledge and practical skills of the various contestants. This extended well beyond classic wine; in addition to tasks requiring the preparation of two cocktails, the contestants were required to serve a half bottle of red wine within three minutes together with tasting an unknown drink and giving recommendations. The unknown drink was a lingonberry wine from the Estonian fruit and berry wine producer Valgejõe Veinivilla, which provided a surprising challenge for many of the candidates.

This year’s competition was organized with the help of the Tribaut-Schloesser Champagne House from France and Wine Consult OÜ, better known as the Veinisõber wine shop in Estonia. The entire competition was held in English under the organization of Estonian Sommelier Association, which is celebrating its 19th anniversary this autumn.