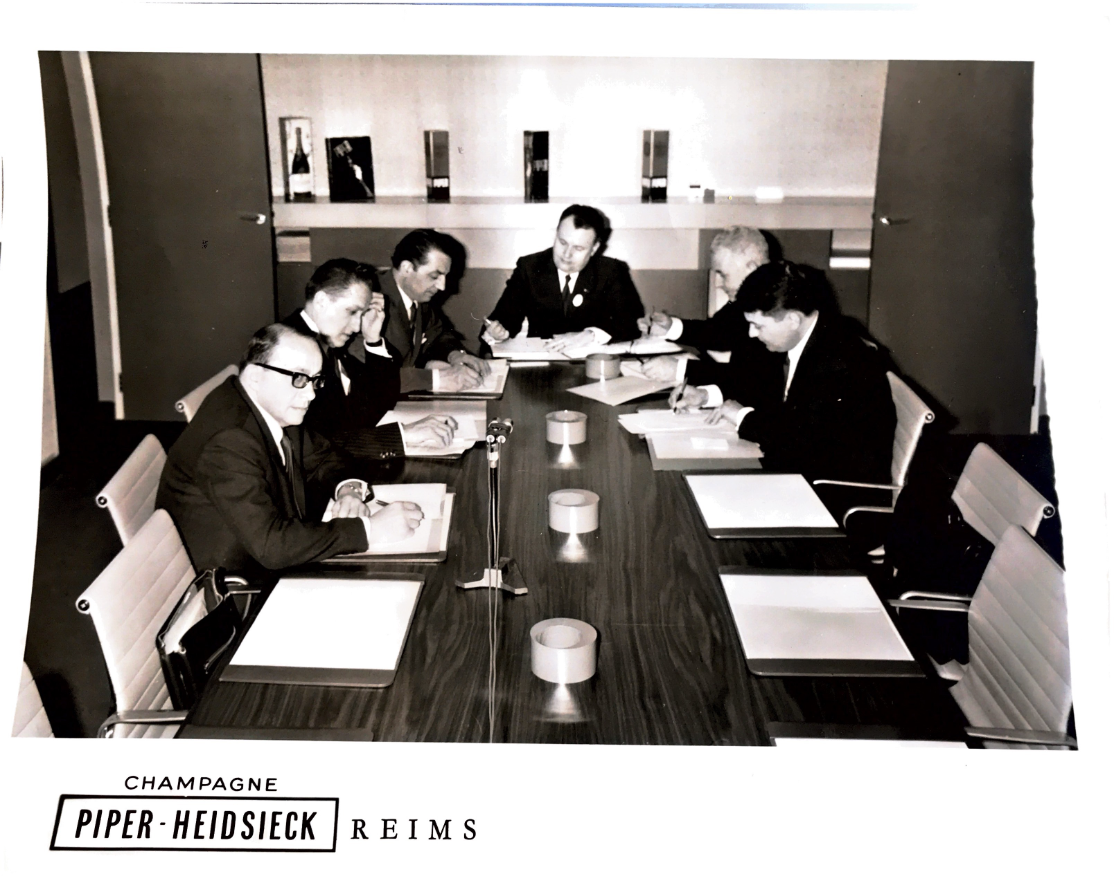 How can we approach the month of June without mentioning the creation of the International Association of Sommeliers? Indeed, it was on 3 June 1969 that the birth certificate of ASI was signed. Giuseppe Vaccarini had the privilege to experience these unique moments first-hand at Piper-Heidsieck in Reims.

In 1969, 52 years ago, four European countries, France, Italy, Belgium and Portugal, supported by sommeliers from Australia, Denmark, Norway and Switzerland, adopted the by-laws, the acronym ASI and decided on the Paris headquarters of this non-profit association.

Since Gilbert Machabey, the very first to occupy the post until 1972, ASI has had 14 presidents from Italy, France, Portugal, Belgium and Greece, and then, outside Europe, from Japan and Argentina. It currently gathers 62 national associations from all over the world.

It was the initiative and the determination of Jean Valenti, an Italian sommelier who had worked in France for several years and made strong friendships with sommeliers in Paris and Lyon, that led to the creation of the ASI.

Giuseppe Vaccarini was a very young commis-sommelier at the time, long before he won the world title in 1978 and then presided over the destiny from 1996 to 2004, had the privilege of living these unique moments. Michèle Chantôme asked him to share them with us.

“Jean Valenti was my ‘master’ and a second father to me. I was 15 years old when he was hired as head sommelier at the prestigious Michelin-starred restaurant in Milan, Le Gourmet, where I had been working for a year. He had immediately contributed to arouse in me a deep passion for sommellerie as well as to satisfy my inexhaustible professional curiosity. As a reward, a year later, he surprised me by allowing me to participate in the foundation of the ASI in Reims in June 1969. In those days spent in the capital of Champagne, it seemed to me that I had touched the sky: my first flight, the visit of prestigious Houses, the meeting with the presidents of the sommelier associations of Paris, Lyon, Belgium and Portugal, personalities that I had heard about many times from Valenti and that I met in person as if by magic, and finally, before returning to Milan, my appointment as ‘mascot of Champagne’ by the Italian delegation.

I remember that the preparation of the creation of the ASI was quite long and complex. It had started a few years earlier. There were no cell phones at that time and communications were mainly by mail. In 1965, Valenti had founded the first Italian association of sommeliers, but his dream was to create an international association that would become the guide and reference for national associations in the development of the restaurant industry and the sommelier profession. His pro-European sentiment, his education and knowledge acquired in France convinced him that an international association should have its cradle in the world’s leading wine country, in the region of one of the most famous wines in the world, Champagne, preferably in Reims, the city that had hosted the coronations of the kings of France and therefore, by extension of the concept, should crown the birth of the ASI

I remember the day of the signing of the By-laws which was also a moment of confrontation with the other co-founders. But common sense prevailed and, at the beginning of the final lunch to celebrate the event that would launch the development of sommellerie in the world, at Piper-Heidsieck, the official announcement of the foundation of the Association de la Sommellerie Internationale — ASI — was made. It was on June 3, 1969, and the registration was to take place a few days later in Paris.”

Director of the ASI Examination Commission