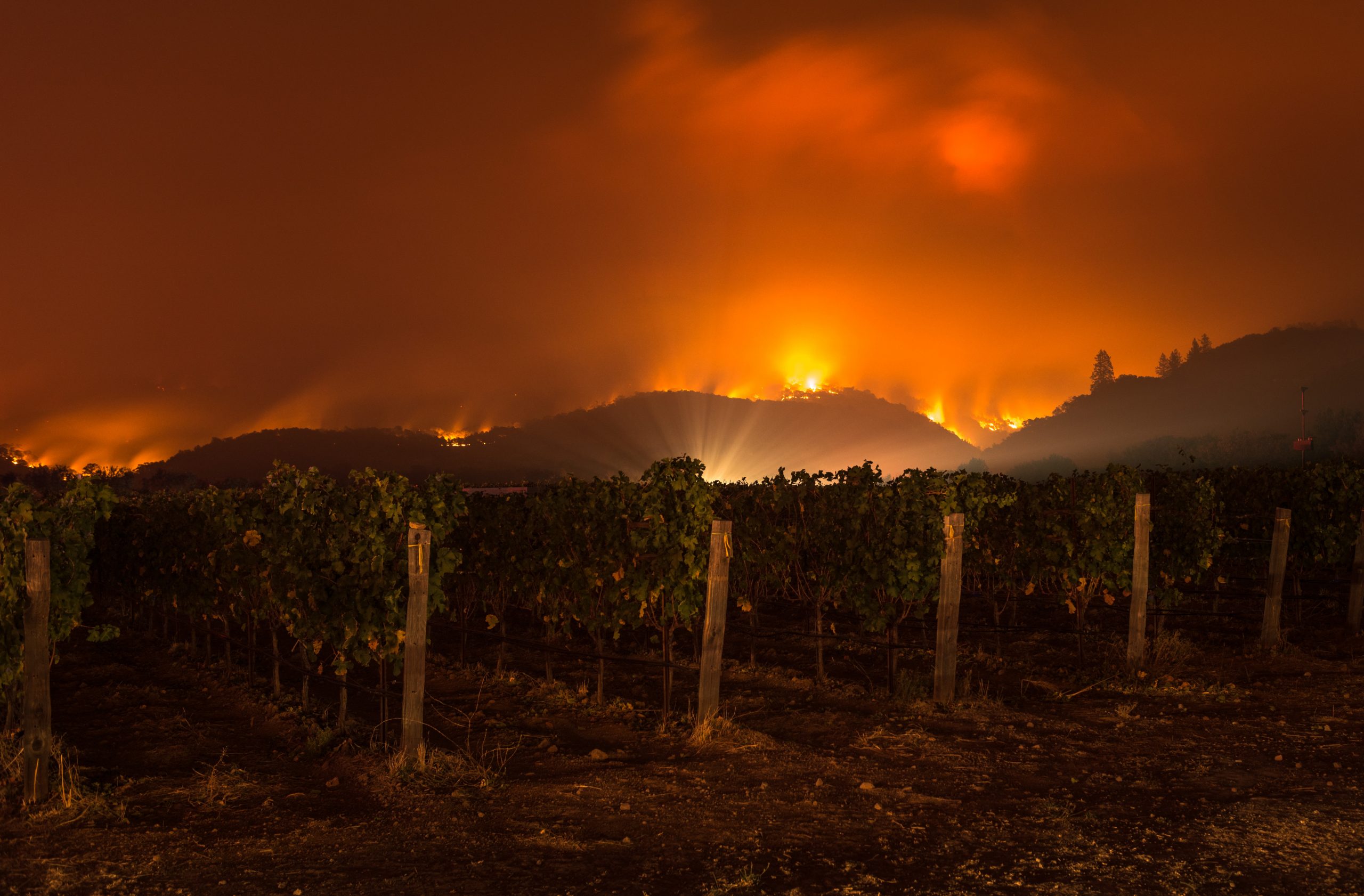 The threat of Western US wildfires this year is as great as it’s ever been. Thankfully, help is on the way for businesses in this region, including the numerous wineries.

“This is an area that has been under-resourced, but this is going to change if we have anything to do with it,” said President Joe Biden at a press conference on Wednesday, announcing a new FEMA grant.

The FEMA grant will arrive in phases. The first phase, expected to take 18 months, will focus on building and organizing a network of local partners, such as tribal leaders, Cal Fire, and vineyard owners.

Phase 2 will focus on implementation. The funding will largely be used for preventative measures such as trimming undergrowth, cutting back vegetation to allow for easier access for emergency vehicles, and the creation of shaded fuel breaks and green belts to serve as fire breaks. It is also designed to help property owners avoid personal losses.

Climate change has impacted numerous industries world-wide – the wine industry has not been exempt from feeling the wrath of unprecedented wildfires over the past few years, especially in the Western United States.

Prolonged droughts and extreme heat were major factors in California and Oregon being ravaged by wildfires, burning more than 10-million acres and resulting in billions of dollars in economic damage. This region is home to over 2,100 wineries and vineyards, many of which were left trying to pick up the pieces after last year’s fires.

President Biden made the announcement Wednesday at a White House briefing of governors from Western states. “Because Sonoma knows all too well the devastation wrought by fire, they are the first to apply for the mitigation funds,” Biden said.

Reps. Jared Huffman, D-San Rafael, and Mike Thompson, D-St. Helena, whose districts include parts of Sonoma County, both wrote letters to support the county’s application, and both expressed satisfaction at Wednesday’s announcement.

“With severe drought gripping the West, it’s certain California will be up against another year of destructive wildfires,” Rep. Jared Huffman said in a prepared statement. “We know all too well the devastating impacts these fires can have to our region.”

FEMA ended up investing the full $37-million Sonoma County had requested in support.

For more information on the FEMA grant, see the article written by Phil Barber of The Press Democrat.