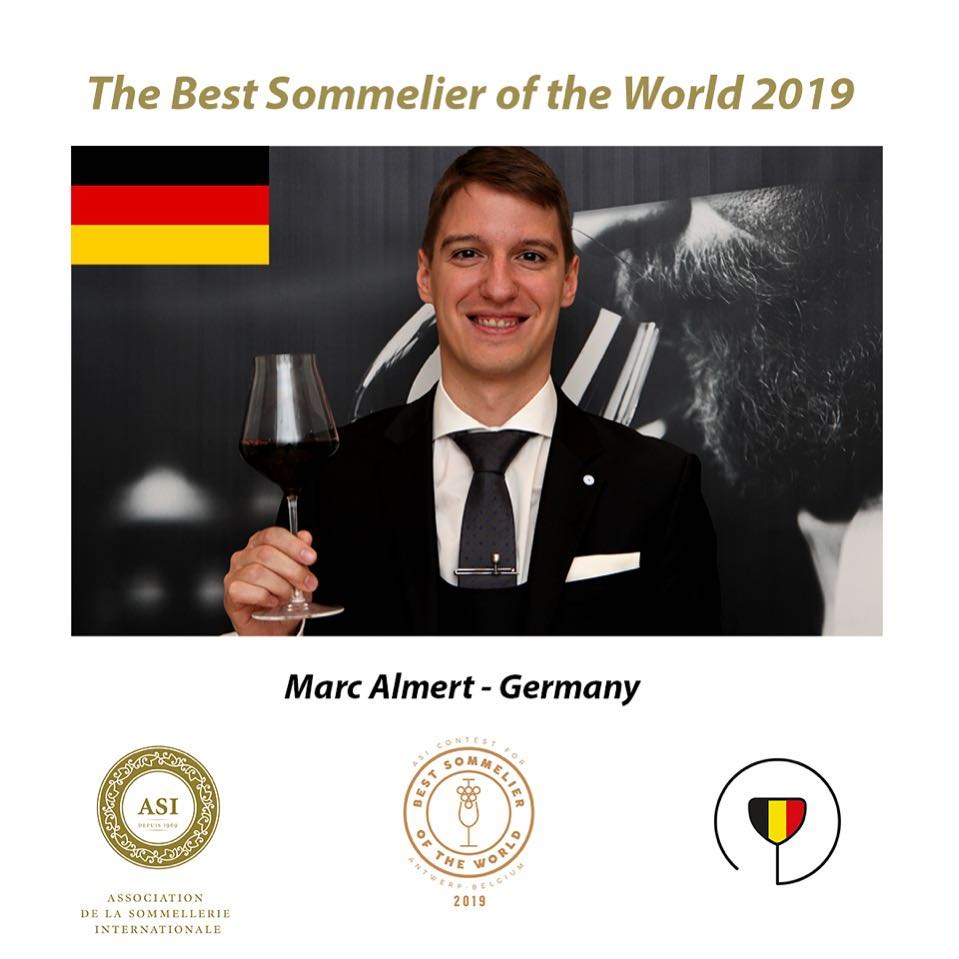 2019 ASI Best Sommelier of the World

The audience of over 1,000 people cheered, laughed and applauded loudly during a stellar performance by Marc Almert, the candidate from Germany and sommelier at the Baur au Lac Hotel in Zurich, Switzerland, as he went through test after test with a remarkable combination of precision and charm. The last finalist to step on the stage of Antwerp’s beautiful Elisabeth Centre, on March 15, after solid performances by Nina Højgaard Jensen and Raimonds Tomsons, he was crowned 2019 ASI Best Sommelier of the World, becoming only the 16th person in the world to ever receive the title.

“The dream has come to a perfect ending – without waking up. I feel it’s such an honour to step into all these great footsteps, and especially for us in Germany, having someone else hold the title after the last time, in 1998,” said the 27-year-old sommelier on stage, immediately after his win.

It was a solid conclusion to a strong week of competition that involved a record 66 candidates from 63 countries. Two rounds of tests had tested the skills and knowledge of the sommeliers, often with stringent time limits that forced candidates to focus and be highly efficient.

The tests were so demanding that after the end of the semi-finals, Marc Almert was sure he wouldn’t make it any further. When ASI interviewed him on Thursday, March 14, on the eve of the finals, he said ““I’m very curious to see who will make it and I’m looking forward to looking at them quietly from the side,” convinced that he had made too many mistakes during the second round.

There were several challenging aspects, during every step of the competition, he says. “The theory part on Monday was very hard. There was a lot I didn’t know, and lots I was guessing.” Patience was required as well, on Tuesday. “Several candidates like me or Fredrik Lindfors, from Sweden, or Piotr Pietras from Poland, had to wait five or six hours before our turn at the practical test. So you need a lot of preparation, to know how to use your body and bring up your energy at the right moment.” 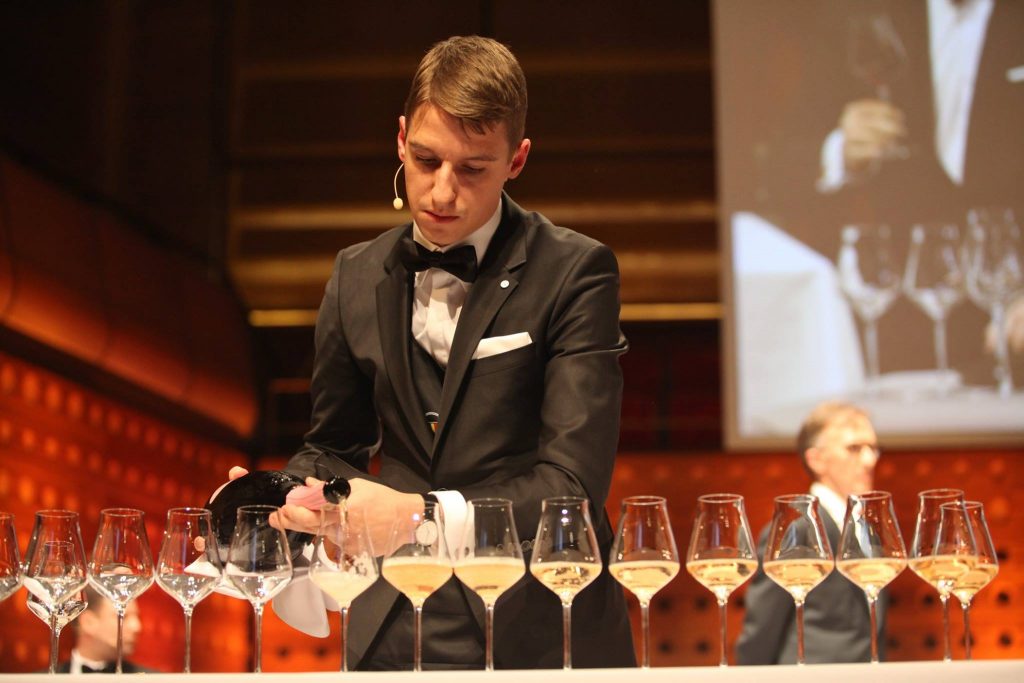 Being an unexpected finalist may have become a positive factor in the German candidate’s victory, whose stress level was much reduced, as he explained after his win: “I was able to relax because I had already surpassed my goal. Everything that would happen beyond that was extra. My objective was to make it to the semi-finals, so I was completely surprised when I got to stay on stage. I still can’t believe it.”

After the selection, the German sommelier faced another waiting game, since he was going last. “I was in my lovely isolation in the cellars of the Elisabeth Centre, with no daylight and no one to talk to, so I took a 10-minute nap, to be quite honest, and then used some meditation and breathing techniques I’ve learned, to bring my energy back up afterwards. I also used visualisation, going through the tasks that could come up, thinking of what was set up on the stage – the beer bar, the decanting table, what equipment was there. I thought about how to react and went through some blind tasting structures in my head.”

Stepping onstage for a final round of tests that largely focus on elements of service made life easier for him. “A very important part of what I do is taking care of guests, and that’s not difficult, it’s what I like doing, and it’s my job. Blind tasting under time pressure, that’s more difficult for me than doing service in front of 1,000 people.” 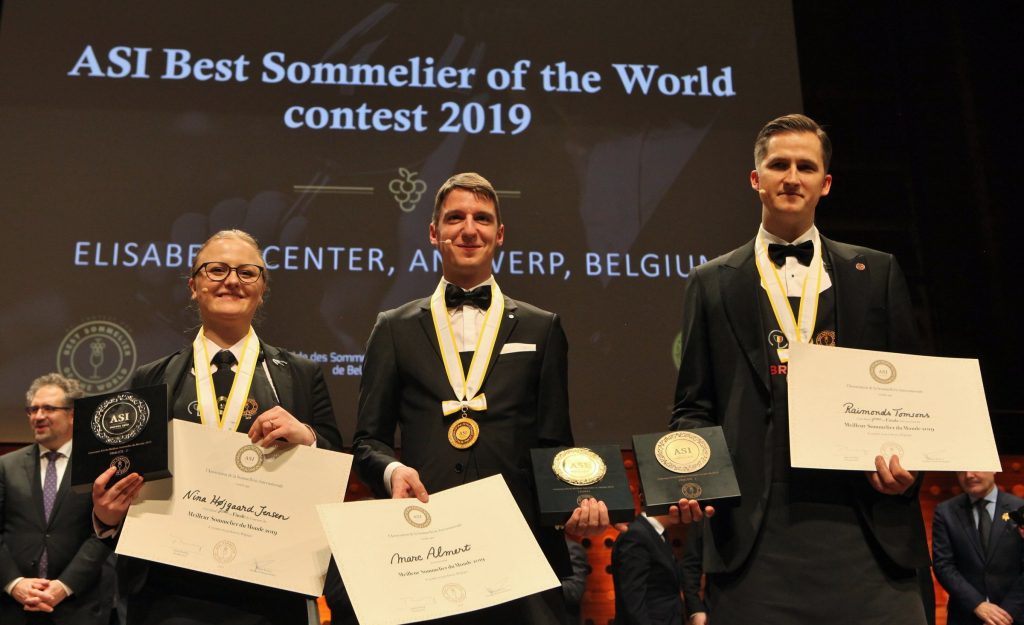 Change on the horizon

For the new ASI Best Sommelier of the World, the 2019 contest is a sign of things to come. “In the last couple of years we have seen such a change in these competitions. There have been countries in the finals that had never been in the finals before. We’ve had so many people under the age of thirty reaching finals. I hadn’t thought about it, but I think I was the fourth youngest in the competition and managed to gain the title, while Nina Jensen was the youngest semi-finalist, and she is now the second best sommelier of the world.” Almert only began working as a sommelier 6 year ago, while Jensen started four years ago, which makes their top finishes all the more impressive. 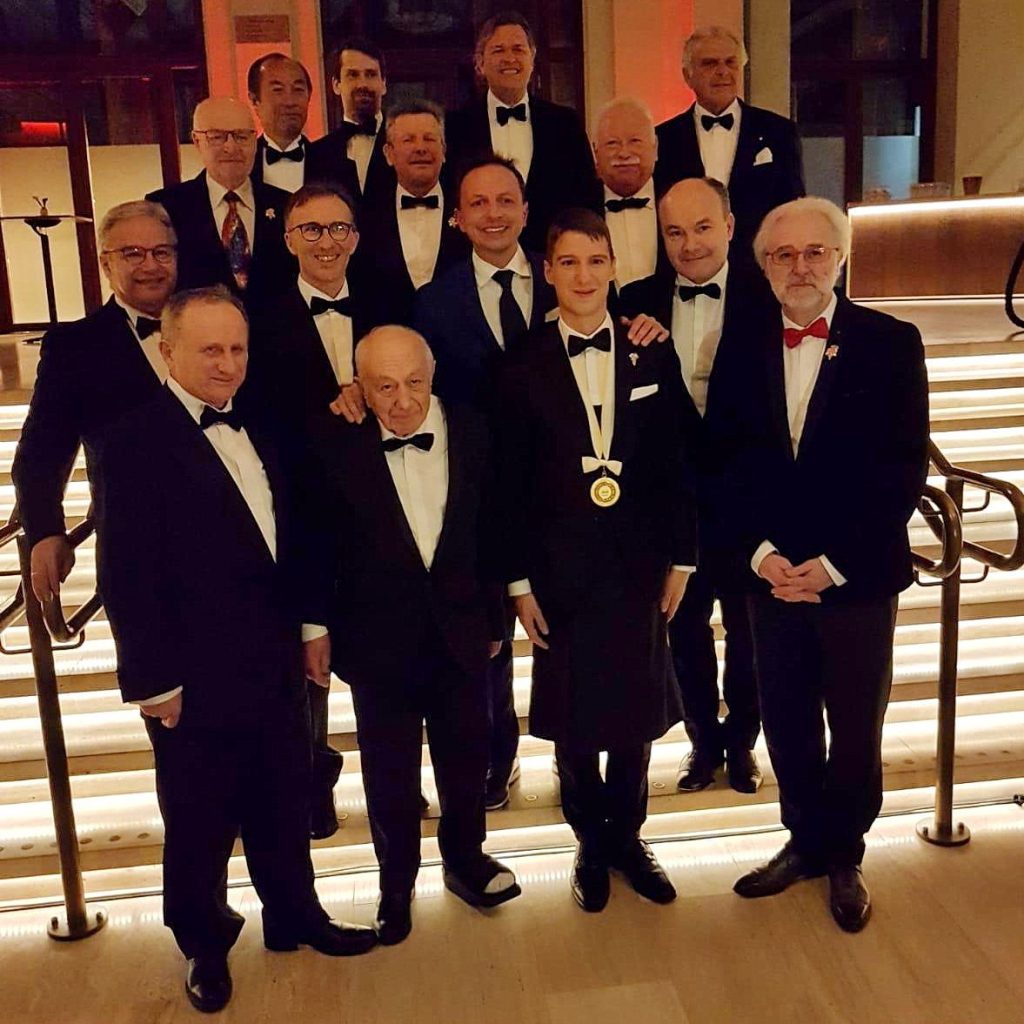 Looking at his own future, with the title in hand, Marc Almert certainly doesn’t look like he’s getting carried away. While impressed by the 870 WhatsApp messages he received after his win – and struggling to answer them all – his steadiness and his deep love of the sommelier profession show clearly when he speaks of things to come. “I really like my job. I want to stay on the floor and take care of my guests, and we’ll see about the other things that will happen outside of that.”

He does want to complete the Master Sommelier training, still, as part of a constant process of learning. “My role model has always been Serge Dubs, who’s been a world champion longer than I’ve lived, and whenever I’m with him, I get the impression he’s so eager to still keep learning, at his age, and that is something you need to do if you want to keep being a great sommelier. I think the title will open up possibilities for me to do that. A lot of the former best sommeliers of the world have also offered their advice and their assistance, and I will gladly take that to see how I can repay the sommelier community.”