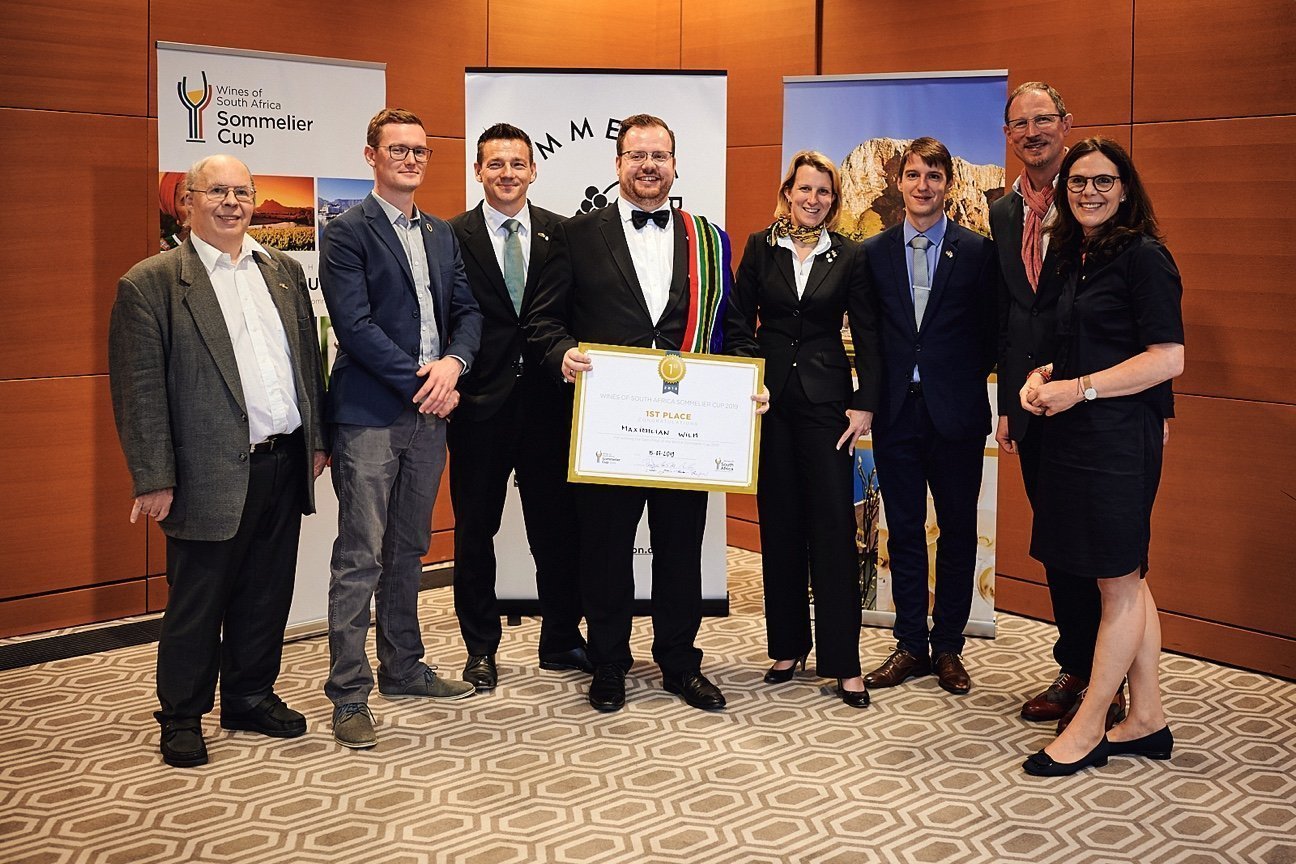 South Africa congratulates Maximilian Wilm on winning the title “WoSA Sommelier Germany.” Wilm won the German semi-final of the renowned Wines of South Africa’s Sommelier Cup which is organized by the South African wine export association in cooperation with the Sommelier Union Germany.

Wilm, who works at Kinfelts Kitchen & Wine in Hamburg, prevailed in a tight final round with six competitors. Second place went to Angelika Grundler of Landgasthof Paradies, Frickingen; third was claimed by Marco Gulino of Hofgut Ruppertsberg. Wilm will now travel to the international final in Cape Town on September 21 and the subsequent excursion into the wine regions of South Africa. He will by vying to succeed his countryman Marc Almert, reigning World Champion and WoSA Sommelier Champion 2016.

The German WoSA Sommelier Cup was aimed exclusively at full-time sommeliers working in the food and catering trade. 30 persons applied this year and 19 were admitted. The competition was divided into two rounds: a written preliminary examination and then a second part focused on professional practice. Parts of the examination had to be held in English, to prepare the winning candidate for the participation in the international final in Cape Town.