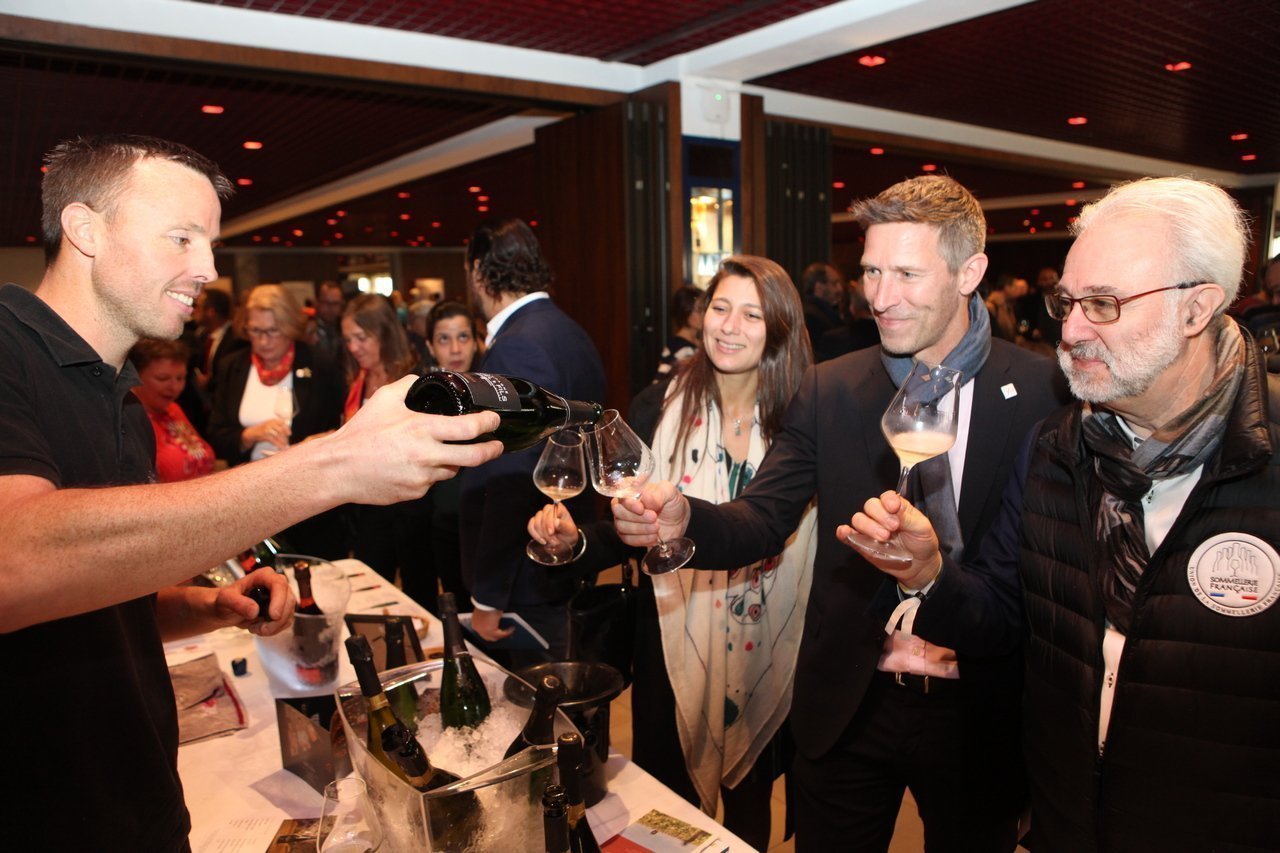 With the business of the General Assembly concluded, there was much joy and pageantry in Reims as part of the ASI’s 50th anniversary celebration. After all, anyone can celebrate an occasion with champagne. It takes a community of sommeliers to celebrate with champagne, in Champagne!

In accordance with the new format introduced in 2016, two days of General Assembly meetings were followed by two days of eating, drinking, networking and continuing education.

Among the social highlights in Reims: a Gala Dinner held at the invitation of Piper-Heidsieck after the completion of the General Assembly. Beyond the exceptionally well-dressed crowd and the glitz and glamour of the location, the historic rooms of Palais du Tau added significance to the ASI: it was in Reims that the association was first established in 1969!

The evening saw sommeliers from around the world renew old acquaintances and make fresh ones. In his prepared remarks, ASI President Andrés Rosberg praising the organization’s membership for their openness to different nations, cultures and peoples in the name of excellence in wine service. He called on the ASI to further come together as a family and “be proud of our past, even as we look forward to the future” — such as through new continuing education initiatives and campaigns to burnish the image of sommellerie as a profession.

A daytime session was held in the Grande Halle du Boulingrin, a historic covered marketplace in Reims. Attendees were treated to a delicious and informative afternoon of products and services from 170 different winegrowers and gourmet exhibitors. One special cultural highlight: Potée Champenoise, a local “grape pickers” stew traditionally prepared on harvest day,

As befits Rosberg’s push for increased continuing education, an extensive series of master classes were conducted. These ranged from vertical tastings from specific producers to informational sessions about upgrades in wine paraphernalia such as corkscrew knives. ASI partners Chateau Laguiole / Ligne W and Chef&Sommelier each offered a session. The masterclasses were well attended and earned praise for the professionalism of instruction.

Special thanks also go to ASI partner Sommeliers International, which sponsored the day’s activities, as well as San Pellegrino and Acqua Panna, which supplied mineral water throughout the entire program in Champagne. 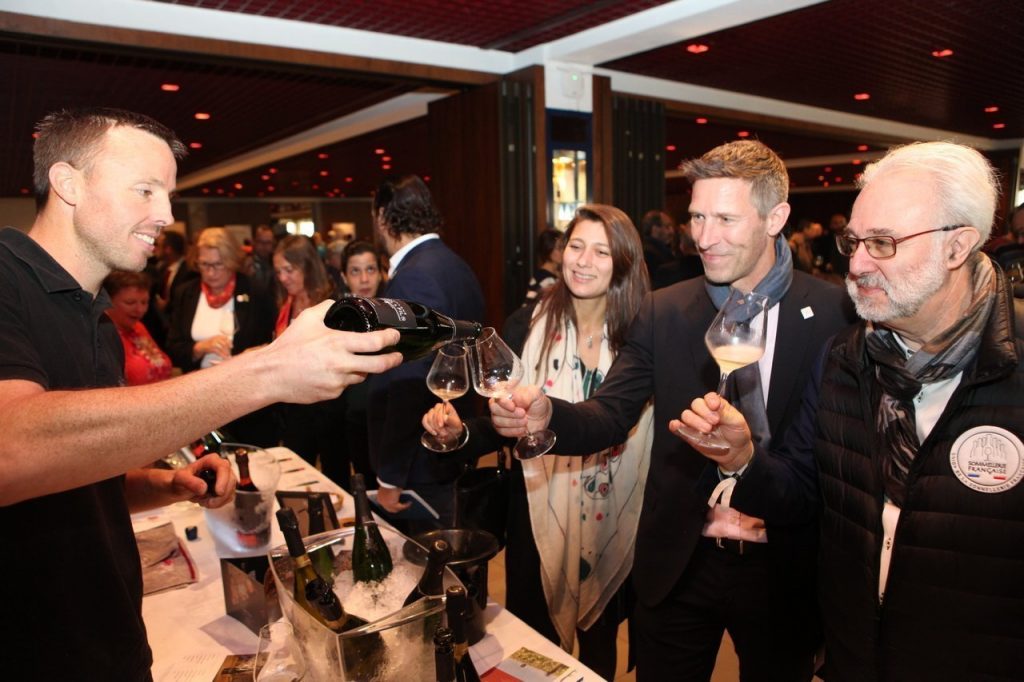 Excursions to the Abbaye Saint-Pierre d’Hautvillers and Chouilly / Épernay

Wine is more than just a drink. It is liquid history and an aromatic sense of place.

In this spirit, two remarkable excursions, only possible in Champagne, have been organized. The first one headed for Chouilly, by the touristic route of the villages of Champagne with the tasting of the wines of Young Talents of Champagne and Refined Art de Vivre at Nicolas Feuillatte’s, the oldest union of Champagne producers. The participants gathered in a tasting room of almost incredible beauty in the middle of the vineyards, with 50 winegrowers on site to present and personally introduce their wines.

The day continued towards the abbey of Saint-Pierre d’Hautvillers near Epernay, known as the place of Dom Pérignon’s tomb. Guests were invited to a visit and tasting of Dom Pérignon 2008, organized by Moët & Chandon teams, in the presence of two of the company’s eonologists. 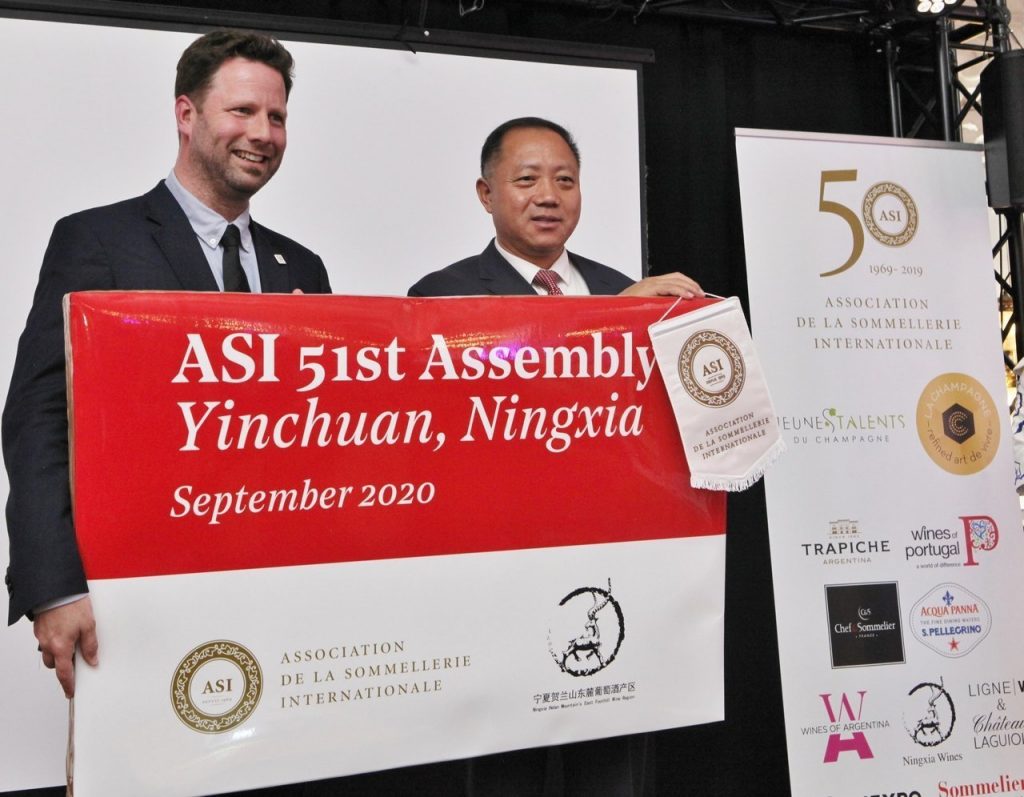 Ningxia Dinner Offers a Look Ahead

The celebrations concluded with a wonderful dinner at Salon Degermann hosted by Ningxia Helan Mountain Eastern Foothills Wine Region Evening. Guests were treated to a selection of amazing wines from China paired with French cuisine as well as a fine program dedicated to Chinese culture. The entire event proved a tantalizing preview what lies ahead at the next General Assembly in 2020.

Our thanks go out to the organizers and to the Champagne region itself, which proved a marvelous host for the four days of the event!