A LEGACY IN WINE AND SERVICE 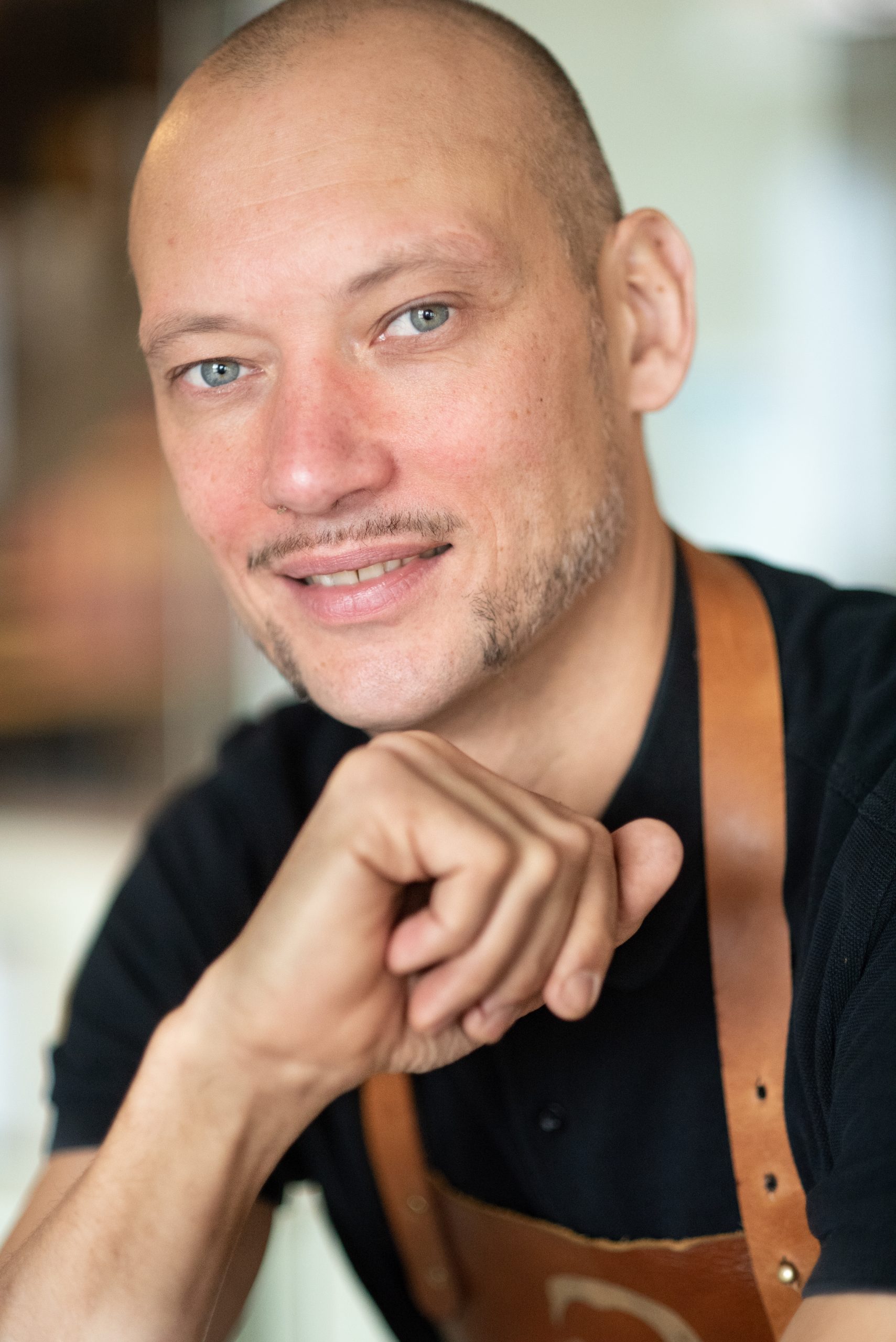 As the world begins to re-open, we are all starting to take stock of our industry. It is a rare moment for hard reflection, a time to ask questions both simple and deep. What has changed in the pandemic;  what has remained the same? What are we willing to fight to preserve; what do we wish to improve?

In short: legacy is on ASI’s mind this month.

While sommeliers understand legacy in many of the traditional ways — generational farming and the tradition of parents bestowing their property, skills and reputations to their children — it is also often through the filter of their own craft. “Sommellerie enjoys a long history, but the international profession of the sommelier is still relatively new,” notes Mark DeWolf, Association de la Sommellerie Internationale Director of Marketing. “We are only now reaching the point where children of first-generation sommeliers are entering the field.” And while the number of these second-gen sommeliers are relatively few, it is already clear that today’s sommeliers are ready to step up as stewards and mentors to this next generation.

But legacy extends beyond the individual and their own kin. Legacy is also institutional. Where a legacy already exists, it must be preserved and expanded. Where none exists, one must be established.

And this is where ASI sees its role today. With some member associations that look back on a millennium of winemaking history and others that are brand new, the ASI family has shown the ambition, a willingness to learn from mistakes, and a desire to give selflessly to the institution.

This informs the hard work by the current board and committee members to shepherd international sommellerie. “It is why we are launching platforms and tools such as ‘ASI grids,’ the recently launched ‘ASI Diploma Facebook Study Group,’ and the upcoming debut ‘ASI Bootcamp’ to support mentor/mentee relationships between our experienced sommeliers and our next generation sommeliers,” says DeWolf.

If successful, the legacy of ASI should thrive for many generations to come: in individual members and their families, and in associations, new and old, which can trust that a fine path has been laid out for the future.

How do you define legacy, and what is yours?

Andy De Brouwer: Legacy is more than a building and finances. It’s also a reputation and a history! In my case we’ve been running a hotel/restaurant business for four generations. We survived 2 World Wars and a few financial crashes. In the meantime, our city has changed political leanings several times, a high-speed rail line was built next door and even our spoken language has changed from French to Flemish… a full history book of stories.

So legacy means: there’s no room for failure. My sister Amanda and I have to defend the reputation of three other generations… no easy task!

Celine Jung: When I think of legacy, “mentor-mentee” comes to mind. I think as sommeliers we should develop ourselves continuously so that we can love our job more. For example, Gerard Basset was a great inspiration and motivation for countless sommeliers. I think it is one of the greatest legacies to have a mentor who makes you love your job.

When I first tried the sommelier competition in Korea, I spent five years studying without any guide. Finally, I contacted the senior sommeliers who were also past winners and asked for their help. Even though they did not know me, they included me in their study team, and I was able to learn from their experiences.

Then when I won the sommelier competition, I remembered the advice I got from these seniors: that the way to repay the gratitude I received would be to pay it forward, to lend a hand to other sommeliers and help them grow.

Dustin Chabert: For me, legacy has to do with the marriage of past, present, and future in regards to who I am as both a human being and a professional. At the very basic level, I want to be perceived within my community as someone that is warm, welcoming, and inclusive. I am the fifth generation in my family to work in the restaurant industry, as my family owned a small hotel/restaurant in France for four generations. My father came to the USA in 1984, and I am the first generation born here and the first to work focused on the wine and spirits side of the business. I think about how I can honor my father and family tradition by trying to excel in my field and continue to have the family name be associated with excellence in gastronomy.

Kathrine Larsen: Legacy for me is the passing on of values and know-how to my children and the next generations within my craft and trade. Know-how relates of course to wine, but also more generally to learning best, how to carry yourself, how to plan and time manage.

How big a role does the transmission of legacy play in your day-to-day life?

ADB: The transmission between me and my father was not easy. My father was the kitchen chef and I worked for him in the dining room after my schooling. When my ex-girlfriend and I took over the business, she had to manage the transmission of his techniques and recipes. She and my father were opposite personalities and I had to negotiate constantly to keep peace in the family. Luckily, we were young and strong, because generational conflicts can really sap your energy and creativity.

In a few years, this transmission will start again with the next generation. My daughter is now almost four years old, but I do not think I can keep going on until she is ready to run the business. Maybe the children of my sister who are young adults now have more potential and maturity to take over much earlier, time will tell…

CJ: I like to think of this as a metaphor for the sommelier team in which I work rather than as a personal approach. The Park90 team has a total of 12 sommeliers who work at different outlets. We have 5 senior sommeliers who provide periodic training to the 7 junior sommeliers, followed by conducting theoretical tests, blind tasting, etc. The senior sommeliers create and share materials to help junior sommeliers learn their craft.
Together we aim to create a team environment where everyone has the opportunity to grow together. In short: Making customers love wine, giving back our talents to society, and inspiring and motivating the next generation of sommeliers.  This is how legacies are built.

DC: I wouldn’t necessarily say that legacy plays a huge role in my daily life, but it is definitely something that is always functioning in the background and informing the decisions that I make.  While I seek to advance my career by pursuing the MS Diploma and competing within the framework of ASI, I know in the back of my mind that it is also important to my father and hope that it would make my ancestors proud as well.

KL: I think it plays a fairly big role. It happens for example when someone (a sommelier, wine student, colleague) asks me for advice. Or for example when I teach about wine in Copenhagen a few times during the year. Or when I give simple life advice to my son.

What do you see as the biggest challenge in continuing your legacy?

ADB: The biggest challenge will be the transmission to the next generation… or not. But how I see my legacy for my daughter and wife is not really the hotel/restaurant family business, but more a fluid legacy and a good and positive souvenir of who I am. I hope that even when I am gone, it will show who I was and how I lived my life. And not just for my family, but for a whole generation of sommeliers and maîtres that shared my time on earth.

CJ: I think the job of sommelier can be difficult to sustain without passion and effort. To trust yourself not to give up. This is true for mentors as well as mentees. To lead mentees steadily even if I do not grow to the level that I want. And to work together so that where we are can always operate at the highest level.

DC: The ever-shifting nature of the role of the sommelier, particularly in America, is a challenge. There isn’t as rich of a historical culture of sommellerie in restaurants in the US, and the role of sommelier or wine buyer is often appended to an entry or mid-level management position. Showing restaurant owners and operators the value that a dedicated and talented sommelier can bring to an operation, both in terms of the guests’ experience as well as the bottom line, has become increasingly difficult. Following the fallout of the COVID-19 pandemic, sommeliers were often amongst the first employees to be furloughed from their posts, and many still haven’t been rehired as restaurants are reopening and operating at limited budgets and capacities.

KL: The biggest challenge will be staying relevant, with future generations, trends, and continuing to evolve with the challenges that tomorrow’s world will bring. We must be agile and flexible, ready to adapt, and perhaps to acquire new skills to complement those we already have. For sommellerie, perhaps it means the individual being able to contribute to many parts of the overall operation whether that’s marketing, finance, booking or events – adding extra value to the restaurant operation beyond wine knowledge.