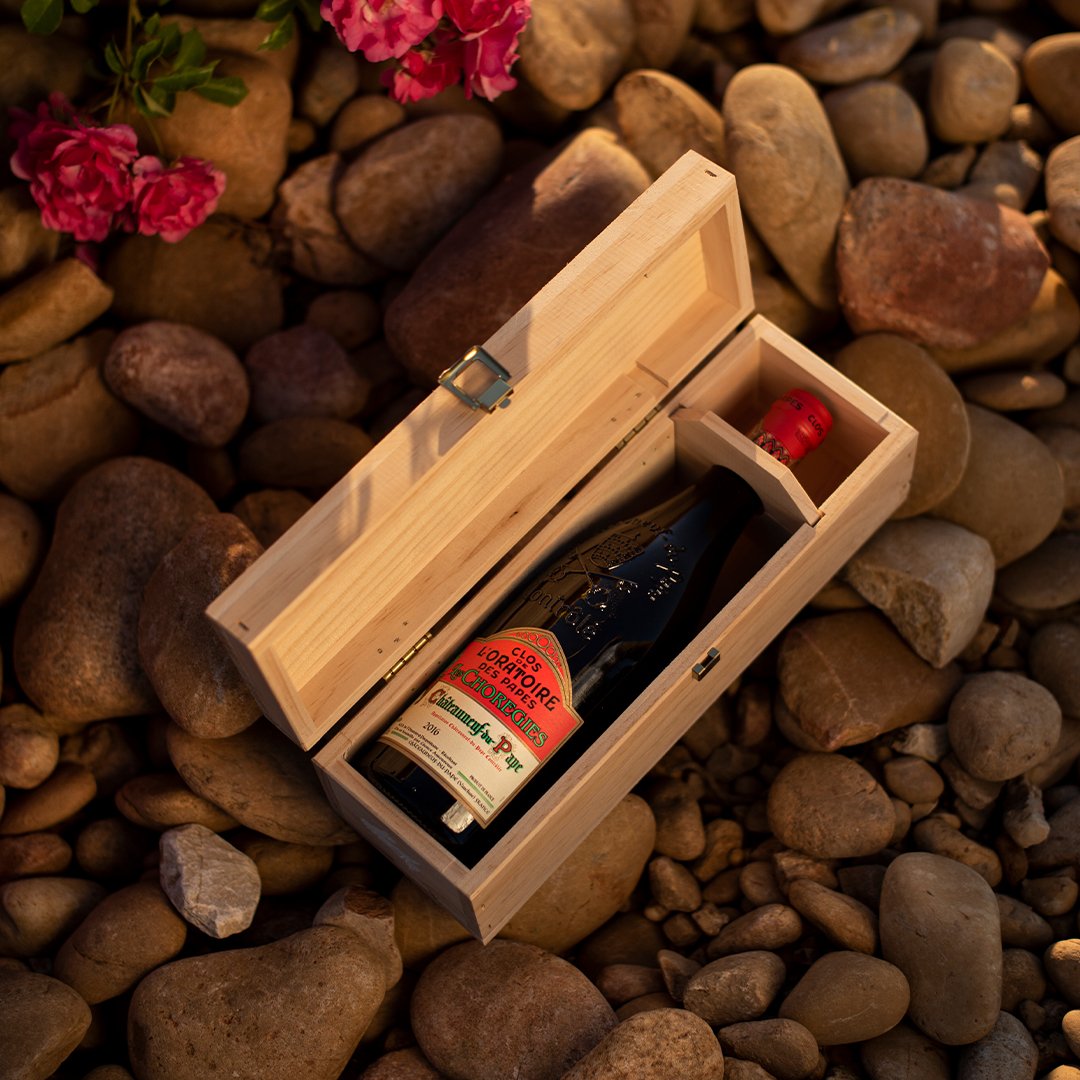 “Les Chorégies” is a tribute to the soul of Châteauneuf du Pape terroir, encapsulated in its purest form by Edouard Guérin, technical director at Clos de l’Oratoire des Papes

According to him, great wines are not made in the cellar but in the vineyard, with living soils and great terroirs; therefore the “Les Chorégies” cuvée is only made in the best years of the appellation and with the oldest Grenache and Syrah vines selected from the best plots for their quality. Harvested as late as possible to achieve a perfect balance between maturity, complexity, and elegance.

In the life of any appellation, estate or technical director, an outstanding vintage may present striking similarities with previous vintages. This is what Edouard Guérin felt when he tasted for the first time the 2016 vintage of Les Chorégies. A genuine bridge with the exceptional 1989 vintage.

“Les Chorégies 2016 has an incredibly intense colour for a wine whose blend is dominated by Grenache. This is the magic of this vintage where the grapes have been able to concentrate the flavours, the acidity and the colour,” says Edouard Guérin.

A good omen for “Les Chorégies 2016”, as the 1989 vintage has remained anchored in the winegrowers’ memories as a mythical year in which such a high level of wine concentration had never been achieved.