ASI Best Sommelier of the World 2019 contest: the list of semi-finalists is revealed 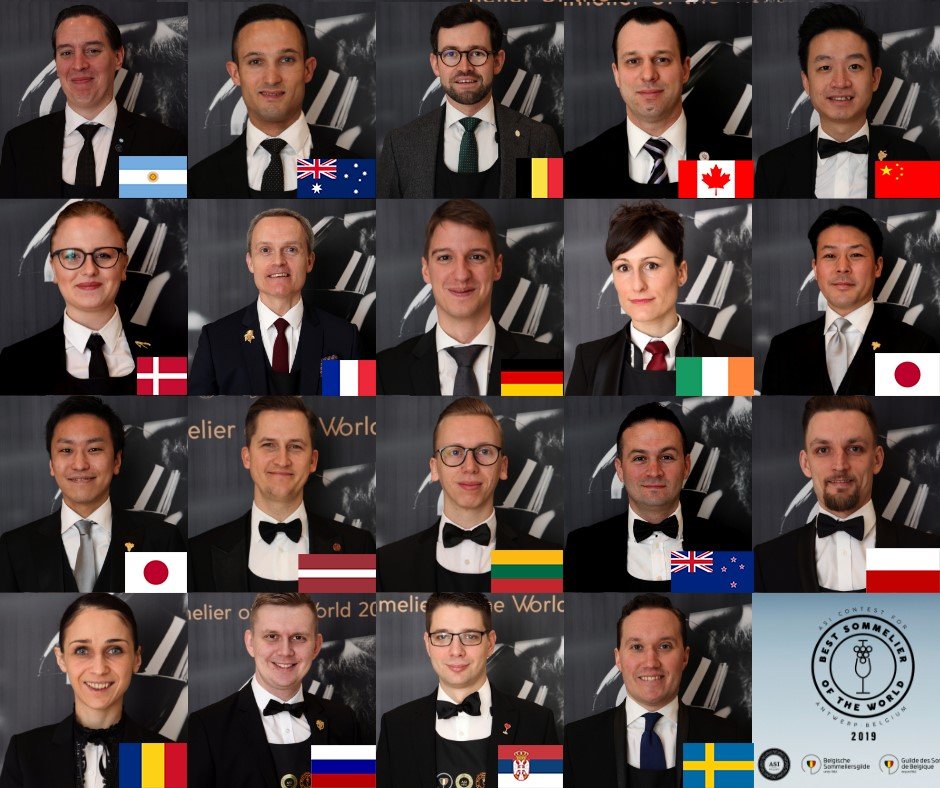 19 candidates will now go on to the second round of tests, to try and obtain one of the most important distinctions in the wine world

After a first round of practical and technical tests that took place over two days, the semi-finalists who are still in the race for the title of ASI Best Sommelier of the World are now known.

These 19 professionals will now undergo a series of tests that will be administered tomorrow, March 13. Those tests include a questionnaire on oenology, viticulture and winemaking, food pairings and service techniques; blind tasting of wines with comment in a second language; identifying beverages; serving wine; matching food with wine or other beverages, as well as a business scenario requiring sommeliers to apply their technical and commercial skills.

The names of the three finalists will be revealed on Friday early afternoon CET, March 15, just before the last round of tests, presented in front of an audience of more than 1,100 people at the Elisabeth Center and live streamed on YouTube and Facebook. The streaming starts at 1.30pm CET, winner to be announced shortly after 4pm CET. Check out ASI’s Facebook and Instagram accounts too find out as soon as they are announced.

The Association de la Sommellerie Internationale and the BSOW organizing committee would like to congratulate the semi-finalists, as well as all the candidates who took part in the contest this year. It is a remarkable achievement in itself to qualify for this world championship, and a tribute to all the efforts they have put in over many years.