The Albanian Sommelier Association has elected its President 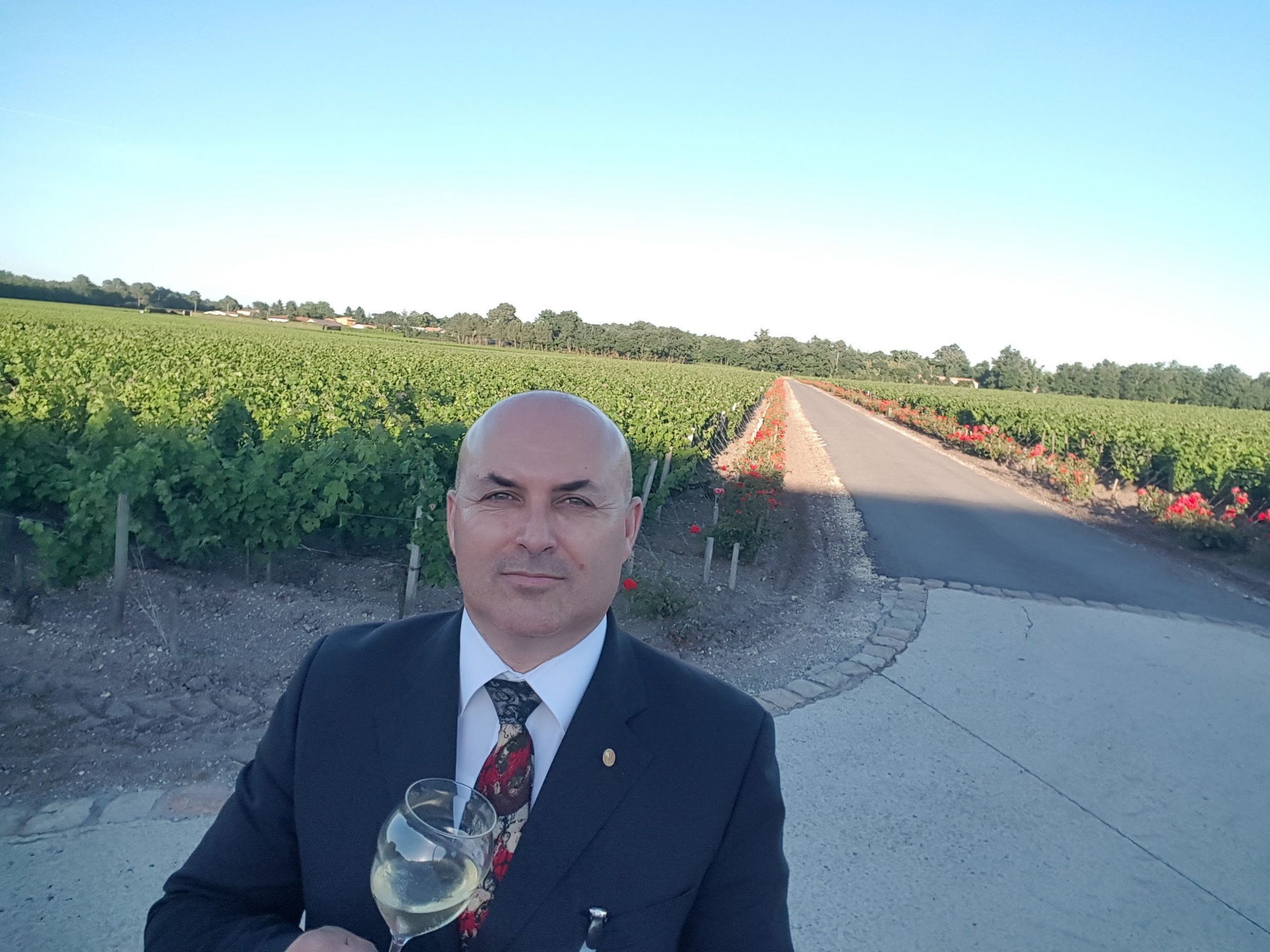 Dashamir has been in the wine business since 1995.  He became a sommelier in Italy in 1997. He competed once in 1999 in the Marche region in Italy, where he reached the semifinals. He began to produce wine and raki in Albania in 1988, helping his uncle in this field of production.

Dashamir was a founder of the Albanian Sommelier Association in 2005. This is the third time he wins the election for president, which makes him the head of the association for the last 13 years. Since the association was founded, there has been great promotion of the profession and now sommeliers are in high demand, in a greater variety of restaurants than only fine dining, as well as in distribution and retail.

An interesting detail in Dashamir’s career: he received a medal from the Pope.  His Holiness was so delighted with the quality of selected wines and the activities of the Albanian association that he gave a medal to Dashamir.

We asked him a few questions about his vision of the profession of the sommeliers in Albania.

Q1: This is your third mandate as president of the Albanian sommelier association. What is your vision/plans for the future?

Dashamir: My vision towards the continuing development of the Albanian Sommellerie during this mandate is clear and contains the following aspects:

Q2:  How do you see the development/promotion of the sommelier profession in Albania and world?

Dashamir: The promotion of the professional Sommelier in Albania is a necessity and in high demand in this time and market.

We wish to have a good collaboration with our fellow members of ASI and to be careful of what the sommelier profession must be. This will bring further growth to the culture of food and beverage and the knowledge of enogastronomy at a professional level. With the support of ASI, it will receive broader expansion and higher impact to elevate the profession of sommelier.