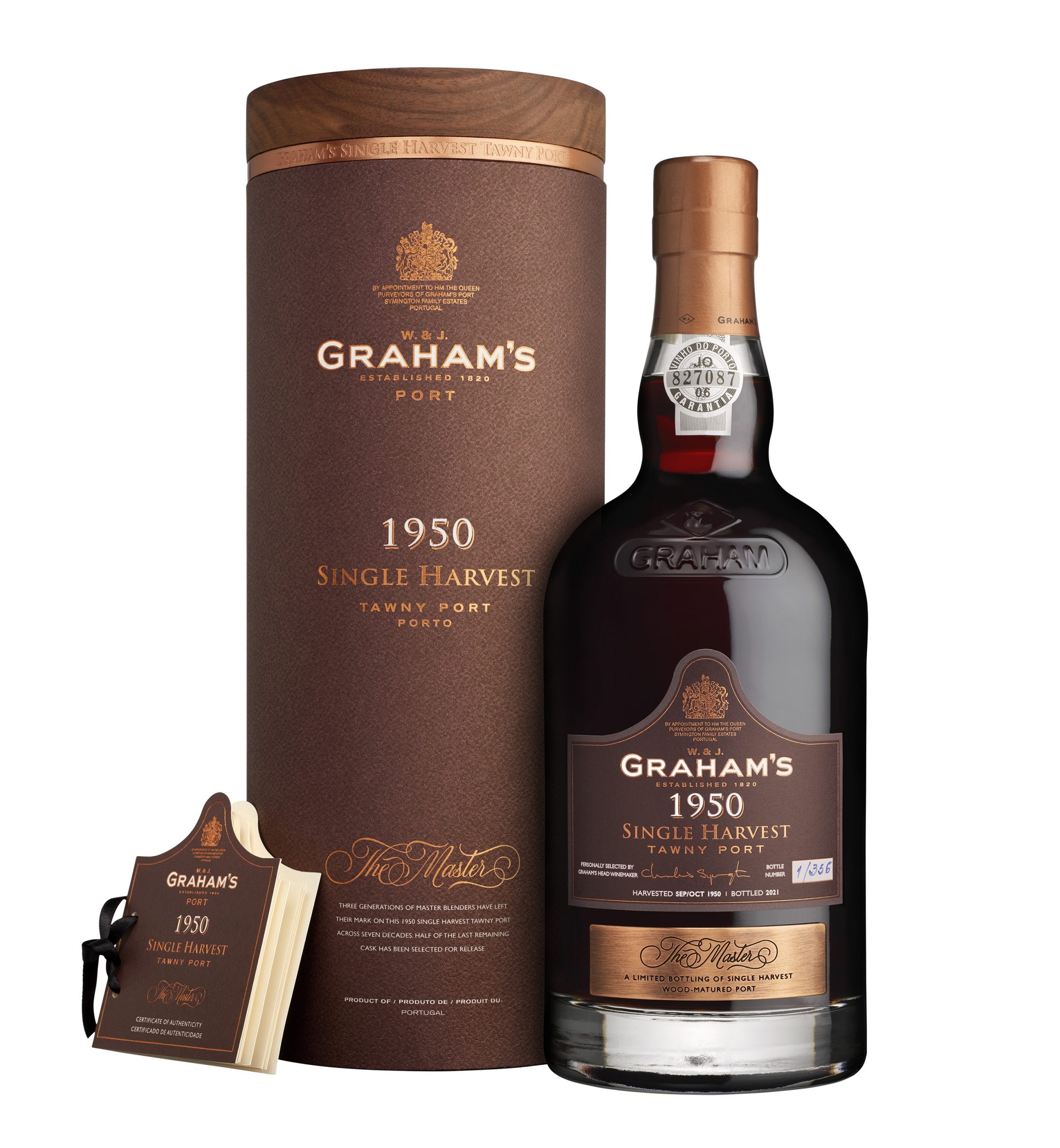 Paying tribute to three generations of cellar masters, coopers and tasters that have accompanied its ageing for over seven decades, Graham’s 1950 Single Harvest Tawny Port will be released as the rarest wine in The Cellar Master’s Trilogy collection. Bottled under ‘The Master’ label.

As Europe began slowly rebuilding its ravaged economy from World War II, only limited quantities of the best parcels of wine of the 1950 harvest were set aside for long-term ageing. Over time, these casks were used for blending with other wines and very little has reached us.  Charles Symington has now decided to release just half of the last cask. This remarkable wine is a celebration of the deep complexity and balance that only experience can craft.